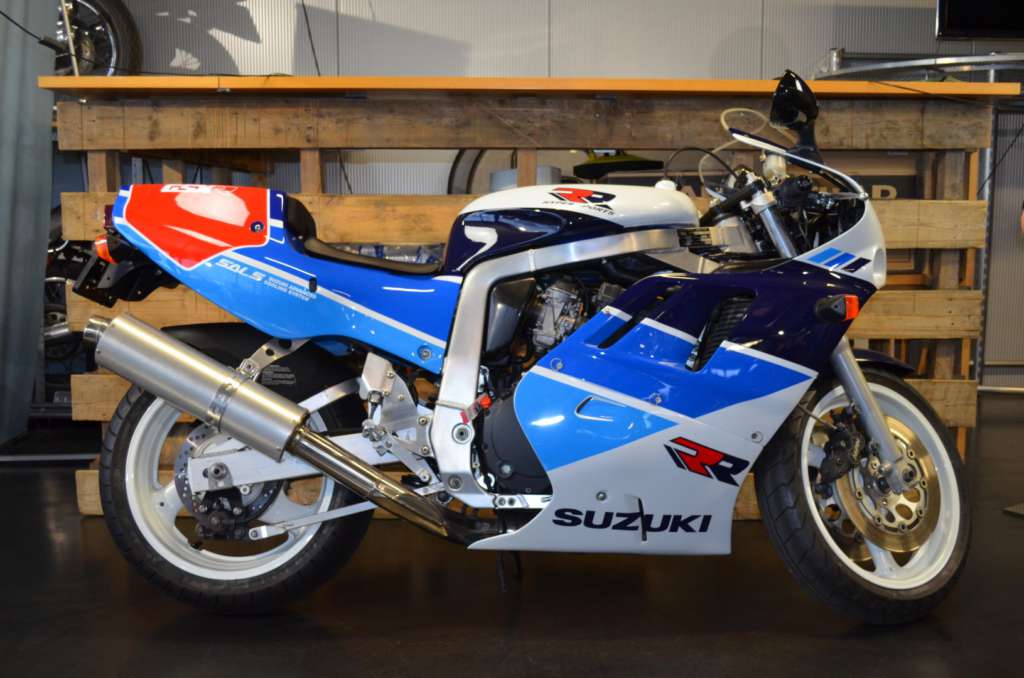 GSXR750RR (RK), the RR stood for race replica. It was designed by Takahiko Kawaguchi and its initial purpose, apart from being a "straight out of the crate racer", was a bike which could be tuned easier than its short-stroke predecessor the J, and K Suzuki GSX-R750s. This was mainly to cater for the smaller racing teams as the RK's engine reverted to the long-stroke style engine fitted in the original slabside models. Racing teams which were already adept at tuning the long stroke engine and so were more familiar with this revived long stroke design.

From the 500 originally produced, only 200 units were exported to Europe. Most of these ended up in Germany, UK, France and the Netherlands, some went to Sweden, only a couple went to Norway and only one to Iceland. Out of the European 200, 50 units officially came to the UK, most went to racers and race teams, thus units which went to dealerships and sold to private customers were very limited. Australia received 50 bikes of which 38 were road registerable, the other 12 were race bikes. None were officially exported to the USA, possibly due to the high import tax tariff at the time on bikes with a displacement over 700 cc (43 cu in), even though there was a large demand for racing bikes at the time due.